Did you know most of the established styles, methods, approaches, products, etc. we know today are results of experimentation?

Several discoveries emanated from experimenting with different ideas. Someone somewhere sometimes ago found the connection by experimenting one way or another.

An experiment is essentially the testing of an idea. It could also mean a venture at something new or different.

In the sciences, experimentation is used to confirm a hypothesis, that is, to determine if an idea or proposal for the explanation of observations and facts is valid.

A scientific hypothesis that survives experimental testing becomes a scientific theory which can incorporate facts, laws and hypothesis.

To contextualise this, you are able to actually create and create more when you experiment. Else your ideas remain a mere hypothesis―in your head, and never see the light of day.

You never know if something will work until you try it out. The only way to be creative―to go beyond the possible into the impossible in order to find the limits of the former―is by experimentation. Period! Click To Tweet

When we experiment, we launch out to test new ideas―we venture into uncharted territories. We actively seek out new products, styles, methods, etc.

Experimentation is a combination of courage and learning (knowledge).

In the course of experimentation, we make a decision to go out into the unknown, armed with knowledge and courage, unsure of what the outcome would be.

Experimentation is courage in action. You will never know if an idea will fly until you test it, until you experiment with it. Click To Tweet

Georges Seurat and his followers would not have known if pointillism was really going to be a success when they began back then in late 19th century France. But they experimented with the technique and it did ultimately become a genre of painting.

The interesting thing about experimentation is that while you seek to test one idea, you might happen on another entirely novel one.

This serendipitous event is often referred to as an accidental discovery. But accidental or not, it is creativity―discovery―which would not have happened if not for experimentation. Take the case of Viagra, for example.

What is more: when your experiment fails, you learn. You see where no new connection(s) exists, or which ideas are impracticable. And you are able to take that knowledge into new experiments as you forge on to increased creativity.

Afterwards, you may try other variables, tweak your idea and retest until you come up with something novel and useful.

Always remember: an artist who seeks to remain creative must be constantly experimenting, else she becomes stereotypic, sterile and boring Click To Tweet.

PS: This piece is an excerpt from an unpublished book I’m working on. I’d greatly appreciate your unreserved critiques. 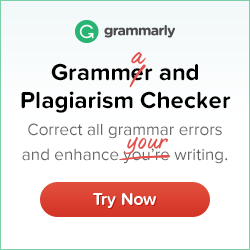